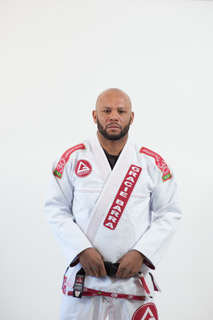 Born and raised in Las Cruces New Mexico, Wesley King Started training Jiu Jitsu with Jacob Benitez at Gracie Barra Las Cruces. Wesley showed a toughness that has made him a formidable competitor as well as coach.

Wesley moved to Albuquerque to train under Professor Tussa in 2008 and was such a great technician, motivator, and hard worker that in 2010 he was asked to take over the kids program as well as teach the adult fundamentals classes. Even while being a full time instructor he was able to find the time to become a successful competitor, competing at some of the highest level tournaments in the world. Through his hard work and dedication, Wes is now the Head instructor of Gracie Barra New Mexico HQ and has grown the kids and adult programs to an all time high.