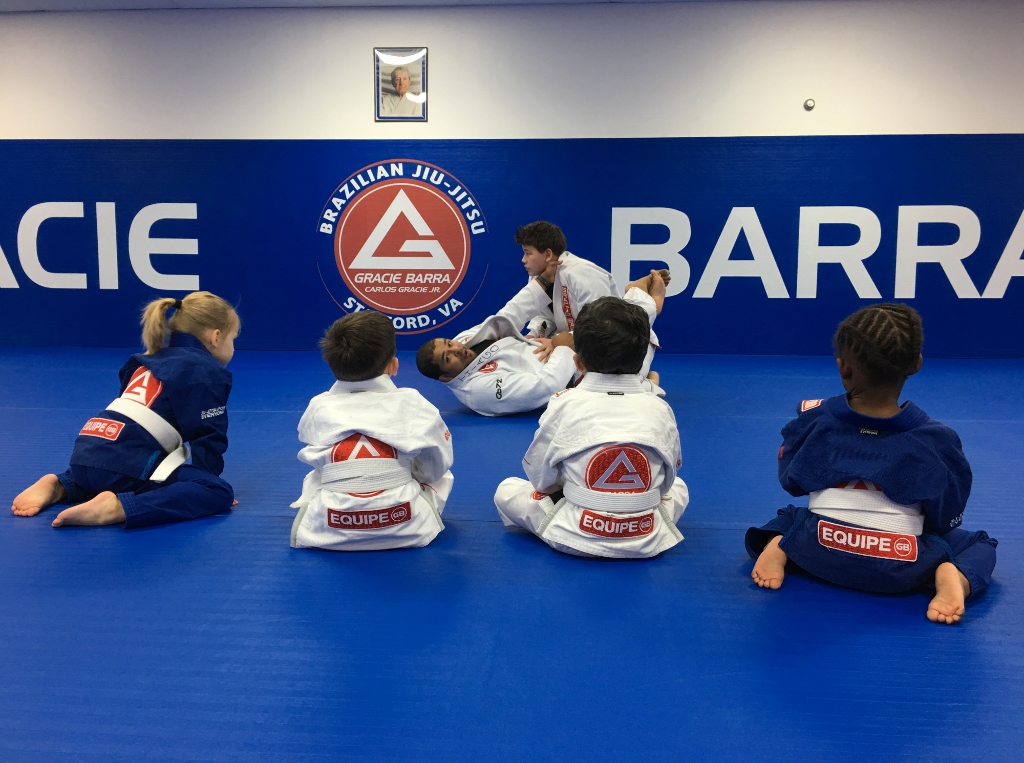 (I grew up in Brazil playing soccer every single day. We played soccer at school, when we came home, at the beach and on the weekends we played some more. I love soccer and follow it diligently to this day so this article is not a soccer bashing but rather a highlight of Martial Arts benefits over School Sports. Furthermore, if your child is already showing athletic predisposition, Martial Arts training will help bring out those gifts in a balanced and powerful way.)

I didn’t start practicing Jiu Jitsu until I was 15 years old which by world class standards in any sport is way too late.

I did however, have the unique opportunity to study in a world-class Academy (Gracie Barra) under a world renowned Instructor (Carlos Gracie Jr).

Among the ranks at Gracie Barra I was nowhere near the top level of talent we had on the mats, but the fact the I was surrounded by some of the all-time Jiu Jitsu greats made all the difference in the world

Growing up with Jiu Jitsu has given me goals, sense of purpose and the drive and discipline to go after those goals.

I believe there is no program out there that encompasses physical education and character development like Martial Arts does.

Below are a few reasons to consider Martial Arts for your Child or Adolescent over or in addition to Team Sports:

This is the number one reason why most people decide to study  martial arts, and pretty much any style is a great way to learn how to defend yourself. Martial arts teach you the techniques to defend yourself, but also the way to think about defending yourself – anticipate and avoid potential dangers. Training also helps  build up the reflexes you need if you’re ever in a dangerous situation, and give you the confidence to stand up for yourself and fight back if needed – which brings us to our next topic…

As children become more proficient in their selected style of martial arts, their confidence gets a big-boost. They become more self-assured and confident. Their Professor’s (Teacher’s or Sensei’s depending on Martial Art style) encouragement goes a long way to help them achieve this goal, but the confidence level will extend far beyond the Academy (Martial Arts Studio).

Belts and rankings are a public recognition among peers for the student’s effort and progress. Martial Arts ranking system helps teach children to set goals and achieve them, to persevere and prioritize.

Martial Arts training is a physical expression of ‘practice makes perfect’.  In a class a student may execute a single movement  or series of related movements, hundreds of times. This teaches the student that the progress that always happens during small improvements in technique and stamina, flexibility or power – will come through endless repetition.

Even during sparring – where the student shows how creatively he or she can apply their well-honed skills – there are still rules and protocols to be followed.  All of this teaches children to respect one another, their opponents and colleagues, and how to play games fair and square – lessons that follow them in their non-Martial Arts lives. It also teaches them to commit, to go to practice even when they don’t feel like it.

5.  Individual Achievement: No one sits on the Bench

Many kids have the chance to experience the benefits of Martial Arts early on, however a big number of children abandon their martial arts training when reaching the teen years in order to participate in school sports.

Although there are many lessons to be learned from team and individual varsity sports, the ‘make the team’ model often favors the more physically developed players while alienating the late bloomers.

Coaches have access to a endless supply of players that renews itself each year, the big and strong get picked and get to  play while the less physically developed watch from the bench, this leads to a even greater disparity in skill development as the season goes by.

During class time our mats are full while the benches are empty, all kids get equal ‘playing time’. Naturally some kids develop their skills and physical abilities earlier than others but we personally find that many kids who start out with underdeveloped athletic attributes such as strength, speed and size, end up blooming onto some of the finest technicians we have in all of our programs.

If  your child is an athletic wonder who is able to stay ahead of the game with his natural talents, athletics may very well bring out the best in him or her. But if you want your child’s full potential to be nurtured through years of disciplined and diligent training look for a martial art school who offers a serious program taught by world-class accredited instructor.

We have a large amount of girls in our children’s program, and in some classes they outnumber the boys. Girls are among the most technically proficient students and often dominate many of the local, regional and national competitions they enter.

Martial Artist also gives brothers and sisters an opportunity to practice together and learn from one another as well (not to mention the convenience of having all of your kids in one place at a time).

Childhood obesity is a global epidemic and rising trends in overweight and obesity are apparent in both developed and developing countries (CDC stats).

The typical  martial arts class will often be comprised of warm-up calisthenics, teaching and practicing of moves and possibly some sparring, as well as some active games. The warm up and practice comprise the bulk of the time, and for that time your child will be constantly on the go – stretching, crunches, takedowns, grappling, punches and kicks. The workout each child gets will not only assist in the natural development of his or her muscles but also help them build stronger Cardio-Vascular systems. Even in the most active of team sports such as Basketball or Soccer, children don’t get that much of a workout simply because they generally don’t play the whole game and even if they do, there are still breaks in the action.

Most martial arts schools offer classes for both adults and children. While classes do not run  simultaneously, they are usually one right after the other. This means that you can watch your children workout, and then they can watch you.

If you have the proper space for it, you can practice with each other at home, and learn from one another. This will give you a special activity to use as a bonding tool with your kids. You can also become physically fit together.

We have many families that come to class together and either take class simultaneously or watch each others sessions.

Avoid schools that have children and adults in the same class.

Many team sports, especially those primarily played outdoors, or in specific weather (think Soccer, Baseball and even wrestling) are seasonal. In Martial Arts we have classes year round. This consistency and availability also helps build upon discipline, and allows children to progress at a much quicker pace in the Martial Arts than in Team Sports.

Since I am, after all, a Jiu Jitsu Instructor, I would absolutely reinforce  and recommend Jiu Jitsu above all other Martial Arts:

10. Jiu Jitsu isn’t about brute force, it is about control

Grandmasters Carlos Gracie Sr and Helio Gracie, reinforced that Jiu Jitsu should be practiced with the mindset that your opponent will be bigger and stronger than you. That technique  and mental toughness should be pursued above all physical attributes.

Jiu Jitsu’s main goal is technical prowess and preseverance but the training itself is a whole body workout – Grips, Feet, Hips and Head all need to move in fluid and exact timed motions to properly execute a throw or a fight ending submission. Many world class professional athletes such as  NFL players take up Martial Arts in order to improve their game skills.

Jiu Jitsu has experienced a World Wide growth in the past 10 years unlike any other Martial Art. You can find a Jiu Jitsu school in any corner of the of any continent.

If a Karate practitioner travels to another city he or she might have a hard time finding a school to work out in that has the exact same style and philosophy as their home dojo.

In Jiu Jitsu, a student may travel to any school and they will still be practicing the same hip throw, arm lock or choke that are taught at his Academy. In fact I encourage all my students whose jobs involve traveling to always bring a Gi and visit other schools. Even when my students go away on vacation they tell me stories of training from the other side of the country to the other side of the world.