Origins of the Gracie Barra Uniform

For centuries human societies have used clothes and other accessories as a form of nonverbal communication to indicate occupation, rank, locality, class or group affiliation. The clothes we wear identify us as individuals within the social circle we move in. It is only natural that being part of several social groups requires the use of different forms to identify a person’s affiliation with each of them.

‘Gi’ is the formal Japanese name for the traditional uniform used in the Jiu Jitsu practice and competition.

Today’s Gis remain similar to the uniforms used 100 years ago and have considerably influenced the style of the training uniforms used in other martial arts – most notably karate.

Purpose of the Uniform

The Gracie Barra uniforms were implemented to instil a sense of unity, pride and belonging among instructors and students alike.  A school’s reputation and training environment is directly related to the use of the official Gracie Barra uniform as it promotes structure, integrity and following of the organization’s philosophy. 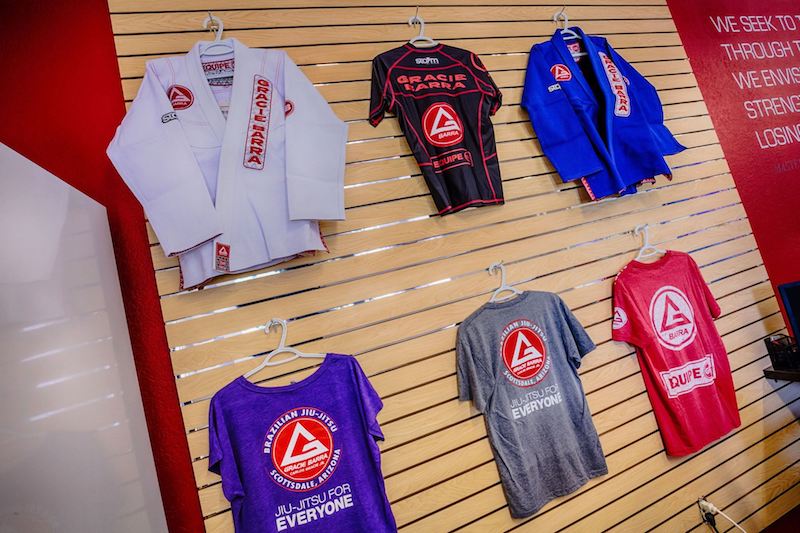 Message of the Uniform

Wearing the official Gracie Barra uniform sends a clear message to others about the person’s affiliation with the organization. Communicate the philosophy and legacy of the Gracie Barra Association to people who are not familiar with them through the use of the non-verbal language of signs, symbols and iconography is the easiest way to popularize the Jiu Jitsu way of life. On a more specific note, the uniform is also a clearly distinguishable sign for the status of the individual within the organization.

A uniform projects a unified image of the school that is consistently reinforced as during tournaments or social events it promotes the Gracie Barra name and strengthens the brand.

Creating a Positive Learning Environment Through the use of Uniforms

A positive learning environment is associated with better discipline and increased student motivation, which in turn result in long-term benefits for the school.  The Gracie Barra uniform is a powerful way to implement the shared vision of commitment and unity and as the learning experience creates a positive connotation, so does the school’s reputation. 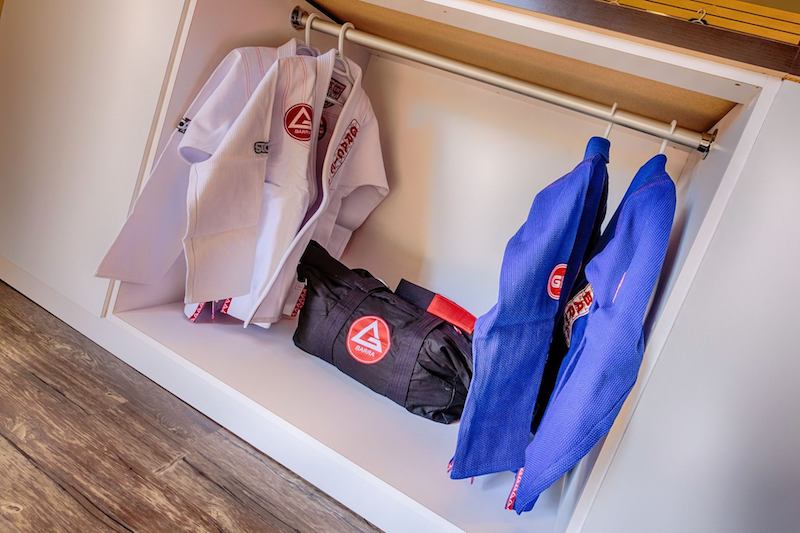 Gang-related patches and weird Gi color modifications posed a deep concern for school owners, parents, students and staff alike in the pre-uniform era. After the implementation of the standardized there has been a significant drop in disruptive behavior amongst students, associated with the inclusion of non-approved modifications in their clothing. In addition to this parent-cancelled memberships have decreased as well as they are no longer worried that their child can associate with gang members.

The Gracie Barra Legacy and its Uniform

A Gracie Barra instructor carries centuries of martial knowledge in his mind, body and soul and for instructors to uphold this warrior legacy; they must hold their students to the same set of high standards they hold themselves to.

Although students may not immediately realize that training within the Gracie Barra organization is an honor and a privilege the instructors must constantly educate them about the legacy they represent to leverage the experience, commitment and excitement at the school.  In this sense the uniform has a big role as, just like in any other formal institution, it represents the pride of being part of that community and the values it stands for.