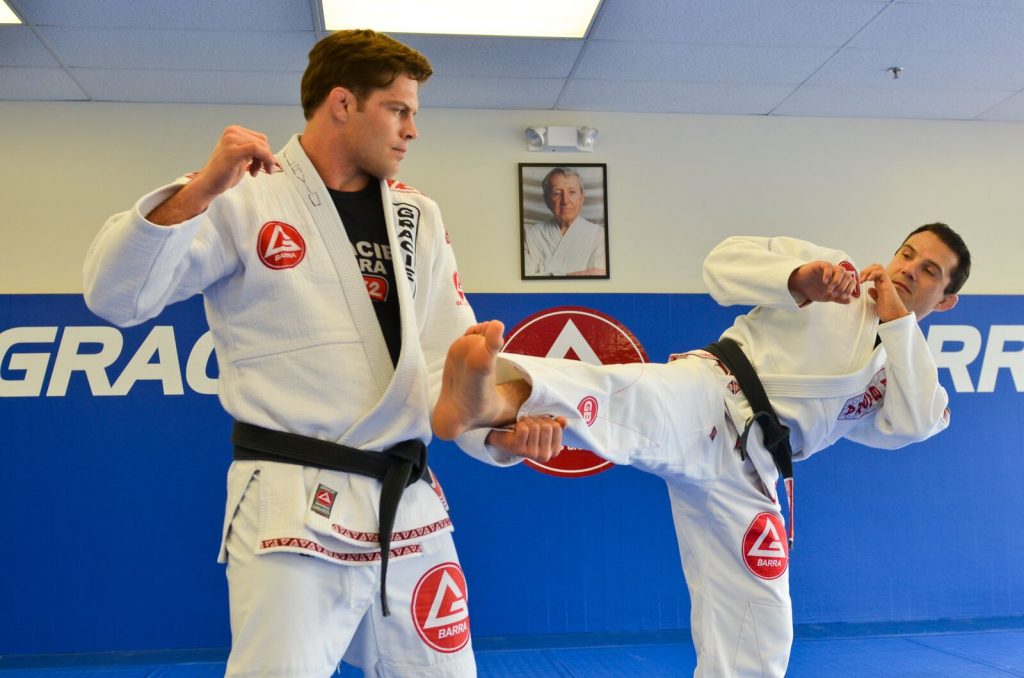 Our tips to be successful in Brazilian Jiu-Jitsu

There are a lot of different ways to get into mixed martial arts (MMA) in Phoenix, but did you know that Brazilian Jiu-Jitsu (BJJ) is actually one of the best ways to get started? This is because BJJ teaches the technical aspects fighters need to succeed – whether they are grappling in class or competing in the ring. Jiu-jitsu is not an easy sport to learn, which makes it even more important to start learning as soon as you can. Over the years, you can practice and build a healthy foundation that will translate well to MMA.

The History of BJJ and MMA
Before Royce Gracie came onto the scene, Brazilian Jiu-Jitsu was relatively unknown. This all changed with his success in the first few Ultimate Fighting Championships (UFC). His opponents had never seen BJJ before and had no idea how to defend themselves against moves that are standard to us today. Today, the secret is out: MMA fighters quickly caught on to Gracie’s skill and began to cross-train in BJJ to gain the same competitive edge. Most fighters today know how to defend against BJJ and exploit its weaknesses, which has leveled the playing field once again. Thanks to Royce Gracie though, BJJ has proven itself in the ring and is now commonly accepted as one of the most essential forms of martial arts.

The Differences
Brazilian Jiu-Jitsu
Brazilian Jiu-Jitsu focuses heavily on groundwork, with emphasis on grappling and gaining control over your opponent to force them into submission. Experienced BJJ practitioners channel their opponent’s force and redirect it in their favor. There are no strikes or kicks, so players do not need to wear gloves in order to participate.

BJJ is the only MMA style where a practitioner is dangerous while lying on his or her back. In fact, roughly 60-70 percent of engagement in BJJ takes place in the guard position. This comes as a surprise to MMA fighters who have not done adequate cross-training.

Mixed Martial Arts
In mixed martial arts fights, there are certainly elements of BJJ included. Striking and kicking are allowed, which requires players to wear gloves for protection. MMA fights spend significantly less time in the guard, so BJJ practitioners may find that their training in this position is not very effective. Fortunately, there are a lot of ways for BJJ students to train for MMA and use their skills to their advantage.

How to Plan Strategy
Don’t Rely on Pulling Guard
The first piece of advice we have for BJJ students who are new to MMA: do not plan your strategy around pulling guard. If the match looks stale, referees will stand both fighters up. Your goal should be to get to mount, side mount or the back.

Work on Takedowns
This is the most obvious advice you will probably get. BJJ Fanatics has a great writeup on five essential BJJ takedowns you can practice to get ahead of the game for an MMA match. This is a great start when you’re trying to pick your favorites for the ring.

Learn to Strike
BJJ does not traditionally allow strikes, so you will want to learn these skills quickly and efficiently. Many fighters turn to either boxing or muay thai for these skills.

Work on Submissions
You’ll want a few simple, high-percentage submissions in your back pocket to use when you need them. Some of the most effective are guillotines, rear naked chokes, knee-bars, and Kimuras. You can view these (and others) in this article from Grapple Arts.

Brush Up on Other Skills
If you want to be successful in the ring, you should focus on learning more about footwork and head movement. You will also need to learn how to close the distance between you and your opponent. These skills are important in BJJ, but are not traditionally emphasized in grappling. Agility and movement will also be critical to your success as an MMA artist.

Do Your Research
There is a great article we like from Evolve Vacation about how to combat a BJJ expert in MMA. The goal is to read up on your opponents and learn more about how they plan to exploit your weaknesses. When you know what other fighters expect from BJJ practitioners, you can surprise them with something entirely different.

Whether you are trying to choose a martial arts style for the first time or have extensive experience in the sport, it’s important to understand how Brazilian Jiu-Jitsu is viewed in the MMA world. With the right preparation and training, you can follow in Royce Gracie’s footsteps to show the world just how effective BJJ can be. Follow us on Facebook to learn more about BJJ in the Phoenix area and stay up-to-date with all the latest news from Gracie Barra!