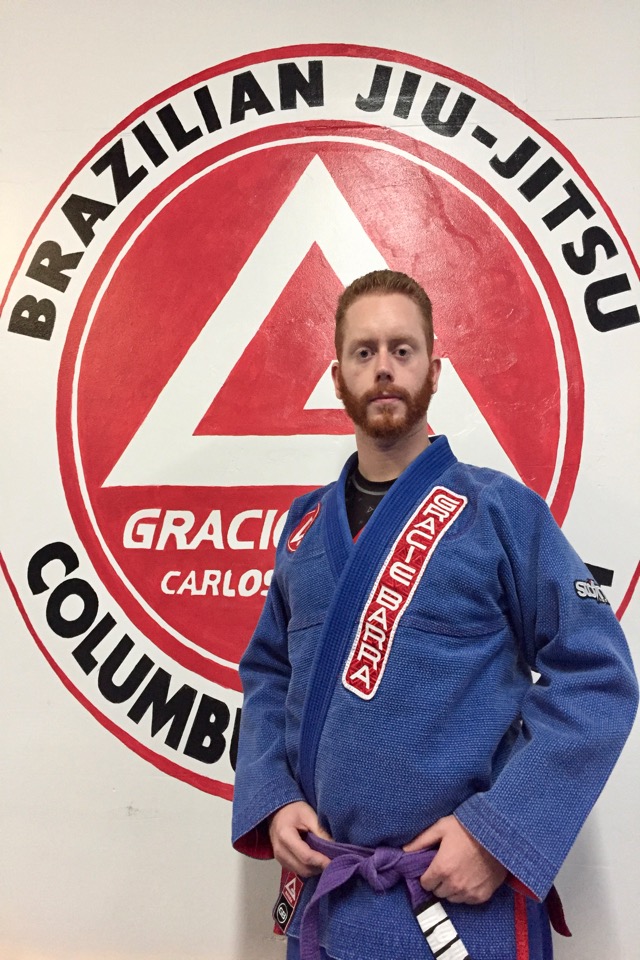 Coach Josh is a local high school teacher who started training Jiu Jitsu in January 2010 for the purposes of getting fit and learning practical self defense. After a short time at Barra Brothers under Professor Pedro Lacerda, Josh jumped around at a few other schools until finding himself as a civilian at the Army Combatives School on Ft. Benning with Professor Jay Martin. He stayed with them for some time and in the process earned his blue belt. In 2012 he made the transition to Gracie Barra Columbus to train with Professor Josh Bowlin, and has remained there since. Coach Josh is currently a purple belt under Professor Bowlin and teaches the Future I classes, with experience in teaching the Tiny, Future II, and Adult Fundamentals.