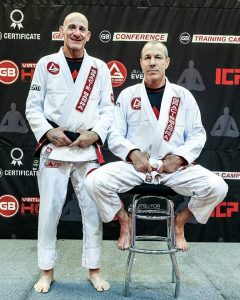 Professor Al has been part of the Gracie Barra Tucson family since we opened our doors 5 years ago. He has been learning Jiu-Jitsu for a total of 11 years. Professor Al is not only a natural leader but also a dynamic teacher. He not only helps teach at Gracie Barra Tucson but during his work as a police sergeant, he is the main instructor at the Tucson police academy. Al has brought a lot of knowledge to the academy, that he is now leading our grappling and striking class. He brings a work ethic we all can respect. One of Al’s goals is to have a school of his own. Professor Al also enjoys competing, as he has won several tournaments. He is also a true hero Veteran.