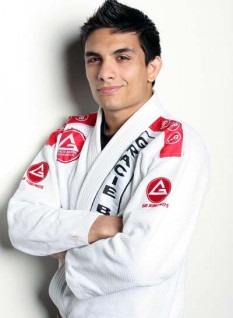 Professor Rodrigo Augusto is a Black Belt Third degree under Carlos Gracie Jr and the head instructor of Gracie Barra Long Beach. He is a primary example of a man who is fully dedicating his life to Brazilian Jiu-Jitsu starting at age 6 back in his hometown Manaus – Brazil. Prof. Rodrigo’s witty personality, enthusiasm, integrity, and leadership make the essence of GB Long Beach and touch all those around him. An outstanding competition background qualifies him as one of the best Competition teachers around. He collects many titles such as a World Jiu Jitsu Medalist, European Champion, Scandinavian Open Champion, German Open Champion, Swiss Open Champion and many other titles.