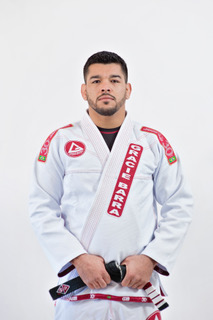 Professor Roberto “Tussa” Alencar is the head instructor of Gracie Barra New Mexico. With over 20 years of experience in Brazilian Jiu-jitsu, professor “TUSSA” has been teaching since he was a purple belt over 10 years ago. Having a lot of enthusiasm, professionalism, and determination he is growing a huge army of Jiu –Jitsu practitioners across New Mexico. Besides his career as a professor, Roberto Alencar has earned many titles as a competitor including 3 time NO GI world champion, 2009 NO GI absolute division World Champion, Pan American Champion, World Runner-up two-time Brazilian national champion. He has also worked his way up as one of the best jiu-jitsu coaches in MMA working with some of the most well renowned UFC fighters in the world such as Alistair Overeem, Holly Holm, Jon Jones and many others. He was even selected to be the head jiu-jitsu coach for Team Australia during the UFC Ultimate fighter reality tv show. For information on private lessons with Professor Roberto please contact our staff.