Understand How to Move Up a Belt in Jiu-Jitsu

Gracie Barra Brazilian Jiu-Jitsu is for anyone who wants to learn the art of self-defense. Gracie Barra Chandler teaches you defense principles that you can apply on the mat or in everyday life! From stress, relationships, confidence, and so much more – Our studio in Chandler, AZ is truly the answer to learning how to take control of your life! Now, let’s get into our belt system. You may be wondering; ‘how many belts are there in Jiu-Jitsu?’ There are 6 colors in the Jiu-Jitsu belt order system! All Jiu-Jitsu belts have their own skill set students must master before moving up to the next phase of the BJJ belt system.

How do you get a black belt in Jiu-Jitsu?
Each of the BJJ belt ranks has 5 levels. When you move up in Brazilian Jiu-Jitsu belts, you are given a solid-colored belt. Over time, you earn each of your 4 stripes. Every striped earned is an additional level you have mastered as a BJJ student. After you receive all four stripes, you advance to the next Brazilian Jiu-Jitsu belt!

The Stripes on Brazilian Jiu-Jitsu Belts are Awarded for: 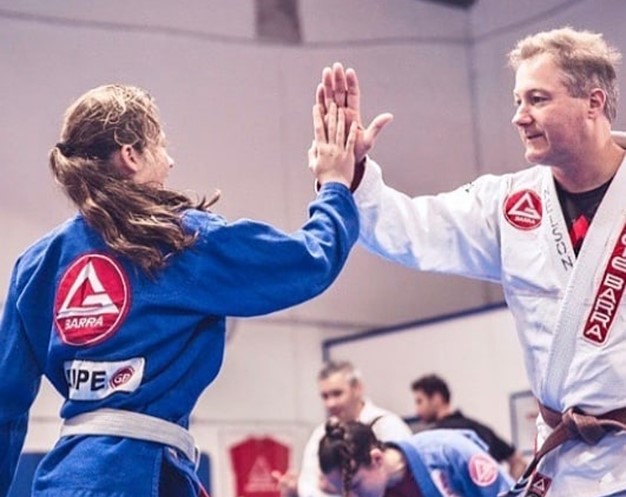 Average Training Period: 1 Year to Blue Belt
Skill Set: Laying the Groundwork of Terminology, Techniques, and Mindset.
When you first begin training Brazilian Jiu-Jitsu, you immediately enter the white belt of the BJJ belt order period. There are a few things you should know this time as a Jiu-Jitsu student. White belt training is all about learning the basics of Brazilian Jiu-Jitsu. From the mindset to beginning Jiu-Jitsu form, the white belt phase is where students begin laying the foundation of their practice. During this training, students also learn terminology they will being using regularly during their time on the mat. White belt students are not expected to have an extensive knowledge of Jiu-Jitsu. Students spend their training learning what it means to practice Jiu-Jitsu, both mentally and physically. Despite how much information you take in during your white belt period, this is often the fastest belt in the Jiu-Jitsu belt order to graduate from and begin climbing the BJJ ranks! 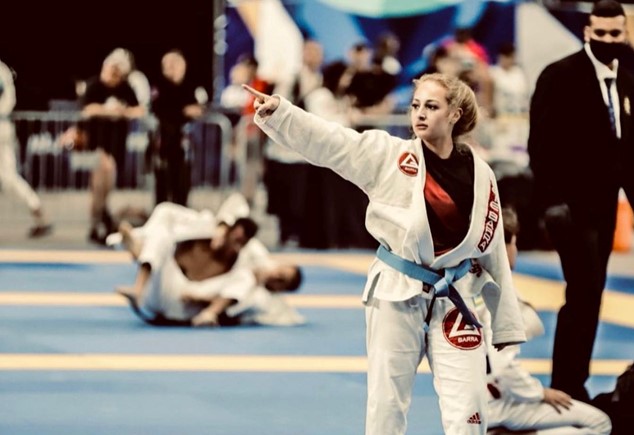 Average Training Period: 2-4 Years to Purple Belt
Skill Set: Perfect the Fundamentals, Begin Dabbling in Advanced Techniques
If you speak to a Jiu-Jitsu student, most will say the same thing about their blue belt period of the BJJ belt order; it is where the true training starts. Think of the white belt phase of the Brazilian Jiu-Jitsu belts as reading the manual and understanding the concept of the tool. The blue belt phase of the jiu-jitsu belt order is where you begin trying it for yourself! After earning the blue belt, students are ready to begin expanding their basic understanding of Brazilian Jiu-Jitsu. During your blue belt BJJ belt order training, you’ll take fundamentals to the next level, keeping your focus on perfecting the details of offense and defense on the mat. Students are not expected to master these techniques during this belt, but they are held accountable to being developing more advanced movements and combos. Mastering this is how to get your BJJ purple belt. Because it can sometimes take four years for a blue belt to become a purple belt, your skills take a massive leap during this training period! The blue belt training period is often the belt that separates those who only see Jiu-Jitsu as a phase, from those who will go on to practice Brazilian Jiu-Jitsu for the rest of their lives! 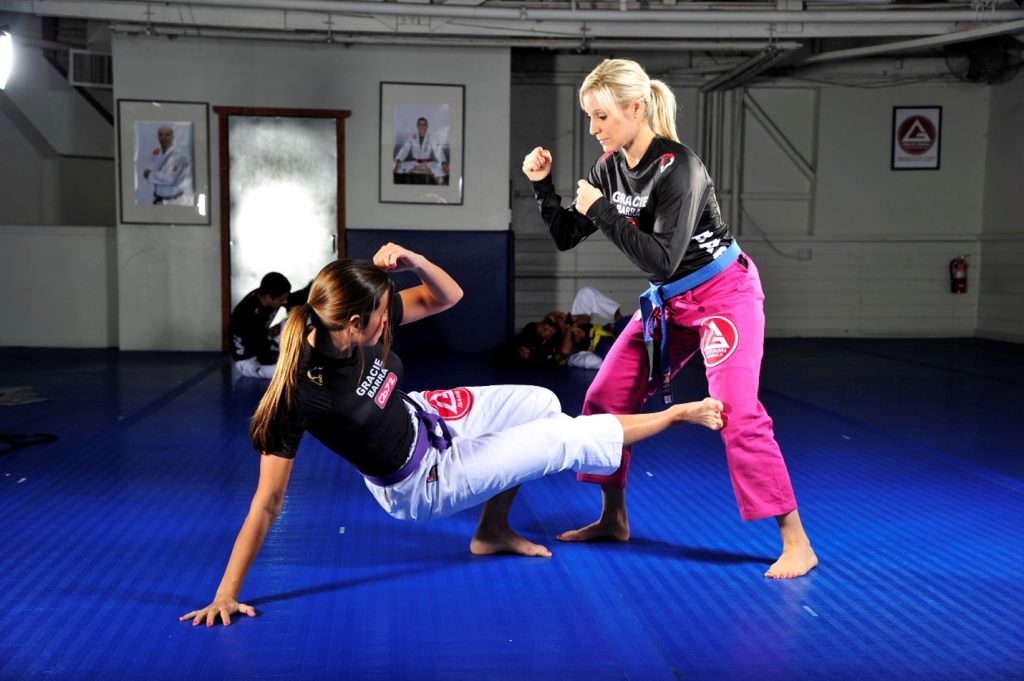 Average Training Period: 2 Years to Brown Belt
Skill Set: Transition from Novice to Expert
You will enter the purple belt phase as a novice and leave it an expert. The purple phase of the BJJ ranks is all about perfecting your skill set and shows that the student has spent a large amount of their life working on the art of Brazilian Jiu-Jitsu! Purple belts will understand advanced techniques and working toward putting these moves into action should not be a stretch. Students with their purple belt are ready to truly master and refine their skillset. Not only will they be working toward mastering Jiu-Jitsu practices, they’ll also be determining which advanced skillset is best for them and choose which path they will travel during their brown belt training. Bottom line? The purple belt of the BJJ belt order is where you discover who you truly are and who you will become as a Jiu-Jitsu student. 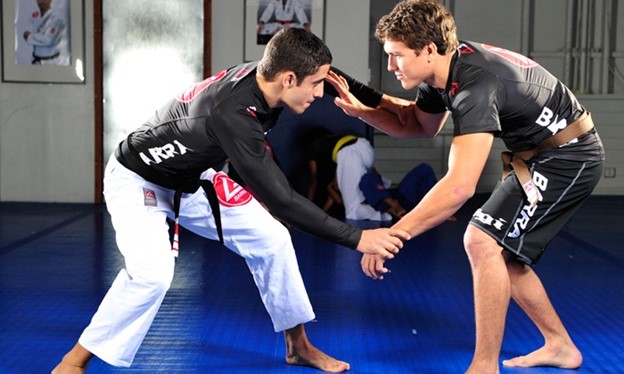 Average Training Period: 5 Years to Black Belt
Skill Set: Develop and Perfect Your Own Personal Jiu-Jitsu Style
When you receive your brown belt and reach this incredible phase of the BJJ belt ranks, you should be fully confident in your abilities as a Jiu-Jitsu student. You’ll have already begun discovering what areas you’ll specialize in as a Jiu-Jitsu master. The brown belt phase of your journey is where you begin developing your own modifications and selecting which moves work best for you. You’ll even being working without the help of a teacher and understand how to grow your skills without anyone to help or keep you accountable. Your training will have given you’re a nearly flawless skill set. Often, brown belts are even asked to help train the lower-level students, occasionally filling in and subbing while they are away! 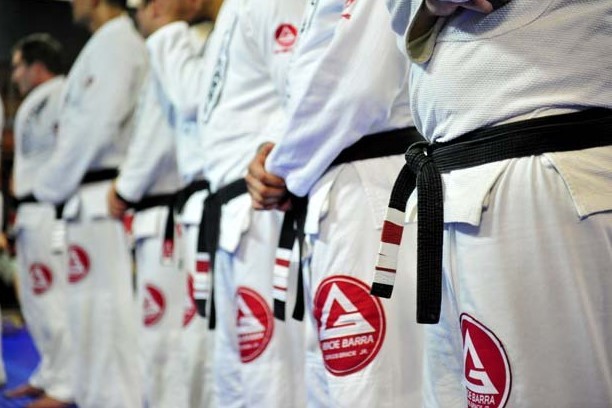 Average Training Period: 48 Years to Red Belt
For almost every Jiu-Jitsu student, the end goal of the belt order BJJ is becoming a black belt. Students view them as the leaders of the school, and in almost every way – they are. When a student receives their black belt – it means a great deal. They have given 10 years of their life to the art of Brazilian Jiu-Jitsu and are treated with the utmost respect by the school. Black belts know more about their minds and bodies than anyone else. They have complete control over their mindset – they are humble and respectful. They have complete control over their bodies – they know their limits because they have tested them for nearly a decade straight. They are armed and dangerous and understand exactly how to strike. The most common misconception of the black belt is that the journey is over. That could not be farther from the truth! Over the years, the practitioner will continue to advance through the black belt system. There are 6 additional degrees of the black belt in the BJJ belt ranks! You can request each degree every three years. So, what is the highest belt in Jiu-Jitsu? The Red Belt. 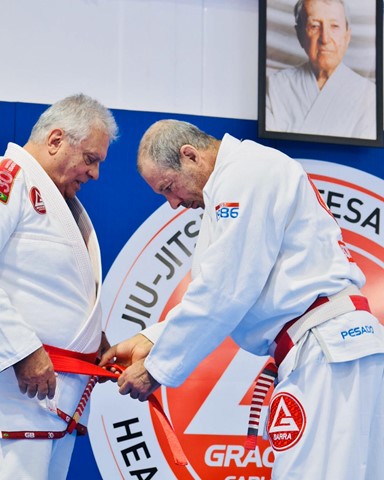 When you receive your red belt, you are as close to a Jiu-Jitsu master as humanly possible. Red belts often open schools of their own and continue growing the Jiu-Jitsu world. Receiving your red belt is often seen as a symbol of dedication to furthering the Gracie Barra community. It is the most respected, highest rank and honor a Jiu-Jitsu student can receive.

Bottom line? Gracie Barra Chandler is committed to excellence in Brazilian Jiu-Jitsu instruction and student services throughout Chandler, AZ While our teaching methods represent the teaching style of our Founder, Master Carlos Gracie Jr., our programs curriculum, and management system are in constant involvement so our Gracie Barra students all over the world can have access to the highest level of BJJ available! For more information on the BJJ Belt System or to try a free Jiu-Jitsu class, contact Gracie Barra Chandler today!